After nearly a month in the U.S., I’ve been back in Jerusalem for a bit and finding it difficult to get back into my regular groove. And so working out and writing are two things that seem to have fallen off (thus the lack of posts, and my lack of muscle tone). It’s been a little hard with lingering jet lag and getting set up in the new apartment (full home tour post in a few months!) but even though I’m not really feeling myself, I’m still enjoying getting to know a new neighborhood and living in a sparkling new building with great neighbors.

But first, I wanted to recap our great vacay.  After revisiting all my Washington DC faves in late July/early August, we went to Michigan for a few nights. It’s always great being at my parents’ house, which is one of the more comfortable yet stylish places in existence. This visit was made especially more fun because we went to an amazing store called At Home. It’s like Home Goods but much larger. (Foreign Service aside: We were authorized to get something called a “supplement household effects shipment” because we didn’t max out our weight allotment when we shipped our stuff from Madrid apartment to our Jerusalem apartment. So, we shipped about a thousand pounds of furniture/home decor from Michigan to Jerusalem. Squee!!!). I got so much good stuff: Two funky armchairs; two lucite and navy velvet benches; three barstools; a gray upholstered headboard for half of what I paid for a similar one from Ikea; funky geometric end tables. And from World Market: A gorgeous 8-foot tall library shelf.

Next, my parents, sister’s family, and Mr. Em and Jerusalem and I drove to Canada to Niagara Falls. I hadn’t been since I was five-years-old and it was just as majestic as I remembered. The town around the falls is less majestic, with more chain restaurants than you could count (including a bafflingly large number of IHOPs) the Rainforest Cafe, Ripley’s Believe it or not, and dozens of arcades, it’s basically Las Vegas for children. 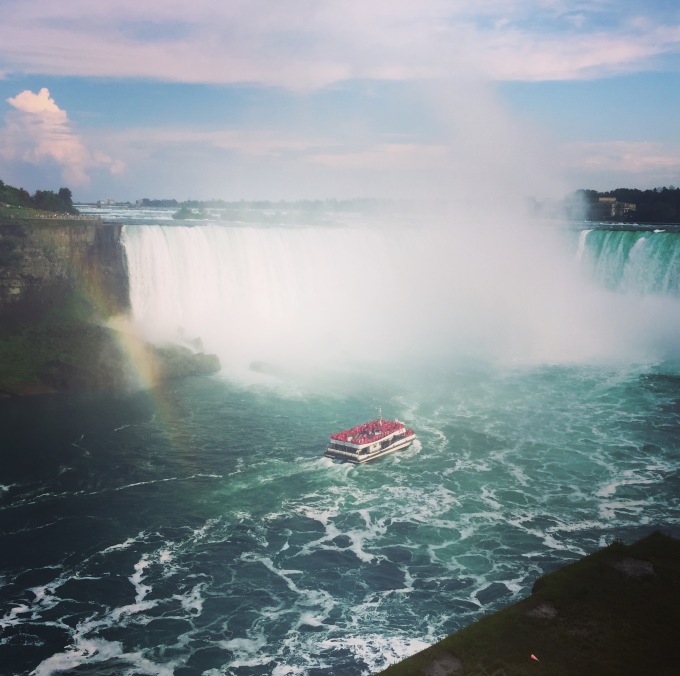 Next, Mr. Em in Jerusalem and I said goodbye to the fam and took the train/drove in a rental car to the Finger Lakes in New York, a trip that was pretty much 100% inspired by the New York Times recent article: 36 Hours in the Finger Lakes Regions of New York. The region has lot of serene farmland, lakes, wineries, breweries, and good restaurants. We stayed at a historic B&B in the town of Geneva and spent two days driving around Seneca Lake, tasting Rieslings and Gewurztraminers at dozens of wineries (our favorites were Ravine’s and Hermann J. Wiemer). We also had some yummy meals Ports Cafe,  FLX Weinery (yes, weinery, specializing in gourmet American junk food, including hot dogs, burgers, and milkshakes, but with some vegetarian options), and we ate plenty of cheese at Muranda Cheese and lots of raw garlic at the annual Glorious Garlic Festival at Fox Run Winery. We also burned some calories on on hikes to peep other waterfalls, including one at Watkins Glen State Park, and one taller than Niagara Falls called Taughannock Falls, And we toured the fascinating Corning Museum of Glass and took in a demo where the glassmakers spent an hour making a very impressive glass sea slug. And we couldn’t miss historic Seneca Falls, the seat of the modern women right’s movement, and the town that was reportedly the basis for Bedford Falls in It’s a Wonderful Life. 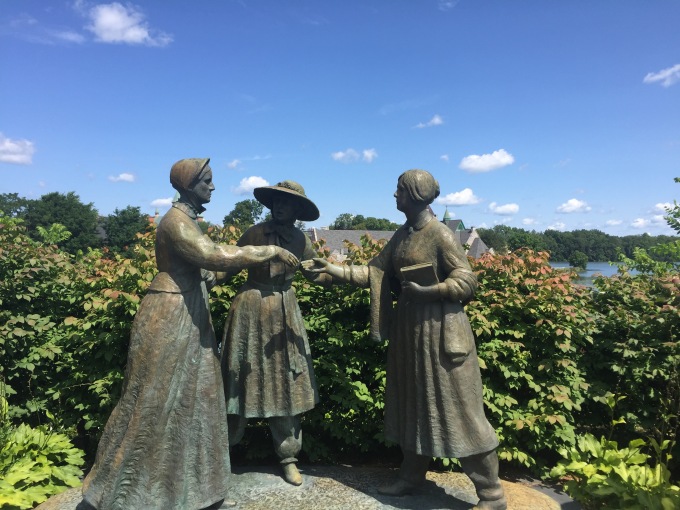 From here we were in route to New York City, but wanted to make a stop in the Hudson Valley area to visit Tuthiltown Spirits Distillery, which is responsible for making Mr. Em in Jerusalem’s favorite bourbon, Hudson Valley Baby Bourbon Whiskey. We had a wonderful dinner at the Tuthill House at the Mill and stayed in a cozy lodge in Gardiner, New York. The next morning, we hiked to yet another waterfall, this one in Minnewaska State Park Preserve, and then did our much-anticipated whiskey tasting at in Tuthiltown’s beautiful old mill tasting room, accompanied by a 27-pound cat named Bourbon who totally stole our hearts. We brought lots of bourbon back to Jerusalem. It won’t last long. 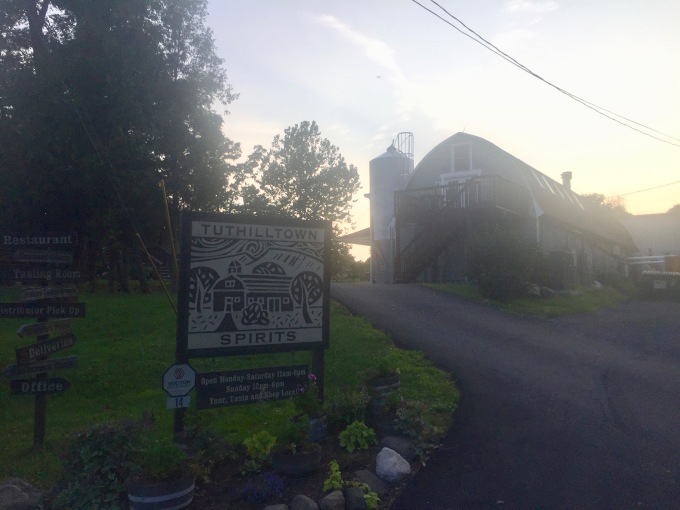 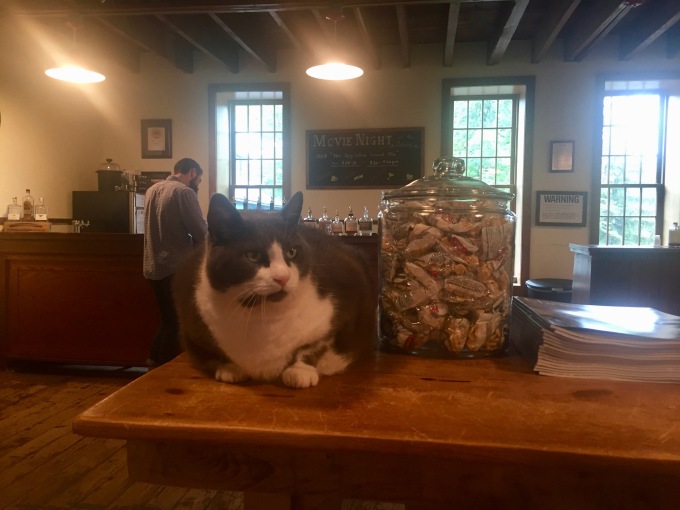 And although I have no pictures to show for it, we did make our way to Brooklyn where we stayed for three nights, caught up with friends, and ate, ate, ate. The bagels, the pizza, the calzones, the cocktails! From there, it was Boston, the adorable town of Newburyport, Massachusetts, and then Freeport, Maine for a beautiful barn wedding.