I’ve been at the new job for a little over a month now, and while it’s been interesting so far, it hasn’t left me much time to write (as evidenced by the lack of updates on this blog). I figured I’d come home and write after work, and I totally would if I didn’t suffer from eyeball twitch at the end of each screen-saturated day. And if I was generally a more motivated person.

Enough work talk. Here’s something fun: Recently, Mr. Em in Jerusalem took the initiative to plan a day trip to northern Israel and he rented a bus and invited 20 of our friends. I’d like to say I had many gorgeous photos to share with you, but I didn’t bring my camera and forgot my iPhone at home. Luckily, my friend took some pretty shots, so all the photos are hers. (Thanks Caroline!)

The Galilee region is perhaps best known internationally as the site of some of Jesus’ most famous actions and miracles. According to the Bible, it’s where he delivered the Sermon on the Mount, fed thousands with just a few loaves of bread and a few fish, and where he walked on water.

But we were less interested in religious history and more interested in getting out in nature and drinking wine (first one, then the other).

Our first stop was at Park of Springs (Hamaayanot, in Hebrew) in the foothills of the Gilboa mountains in the lower Galilee, although a more apt name might have been “Park of Golf Carts” because they far outnumbered the springs. I will say it was like no “hike” I’ve ever done. Walking on paved paths among farmland while families whizzed by in electric golf carts was interesting, if not athletic. Apparently, many people visit the park in March too see blankets of purple irises, but we may have been a little early for that. 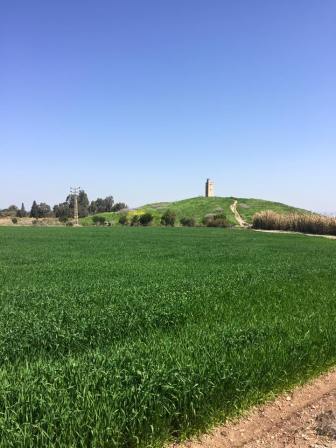 Anyways, picnic lunch and we loaded the group back on the bus to our second stop, Zippori National Park, named for the Hebrew word for bird (tzipor) because it’s perched on a mountain like a bird. The park does have great views of the lower lying lands surrounding it, (which include Jewish, Muslim, and Christian villages) but the highlight of park is its Roman- and Byzantine-era ruins, including grand old houses and a castle, many of which are floored in gorgeous mosaics. One particularly awesome mosaic in a Roman villa depicts a raucous Dionysian drinking competition and a face of a beautiful woman who is dubbed the Mona Lisa of the Galilee. 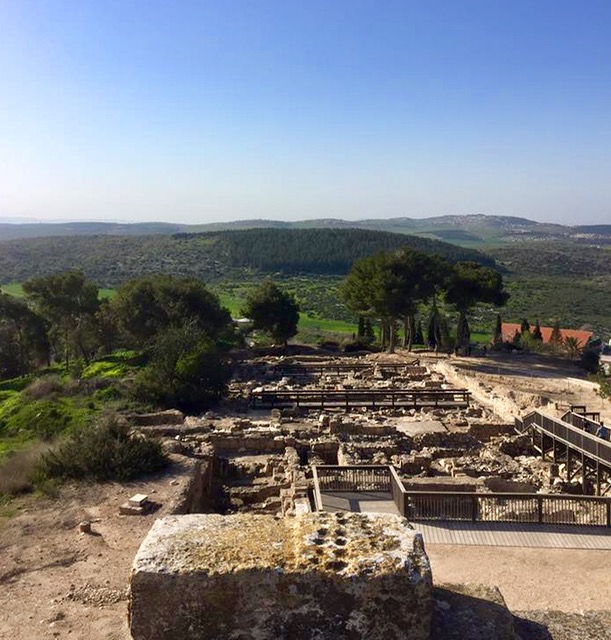 After our cultural stop, we headed to the main attraction: A party at Lotem, a super chill, gorgeously-located, friendly, organic winery in the middle of the Galilee. It was a lovely evening with all these new friends we’ve made over the past year, sipping wine, looking out at the views of valleys, hillside villages, and the Sea of Galilee in the distance. After, we had a lovely dinner inside (leg of lamb, fish, steak, and plenty of salads and veggies for moi).

It was a really fun day trip and only made me want to take more trips around the country. But first: We’re going to back to Spain! We booked a weeklong trip before I became a person with a pants-wearing job, and although it may be bit soon to take a vacation, the lure of sunny terrazas, fizzy gin and tonics, and bright Spanish wines is just too strong to resist.