There is a trend among Foreign Service bloggers right now to write about the pros and cons of their posts. It’s summer bidding season, which means this is the time when Foreign Service Officers and their families pore over lists of open jobs in countries far and wide. We “bid” on a different cycle so already got assigned to Jerusalem, so lucky for us, we’re just chilling and enjoying our summer. I’ve already posted on my favorite things about Madrid. Here are my least favorite things about Madrid.

Lack of a Strong Embassy Community 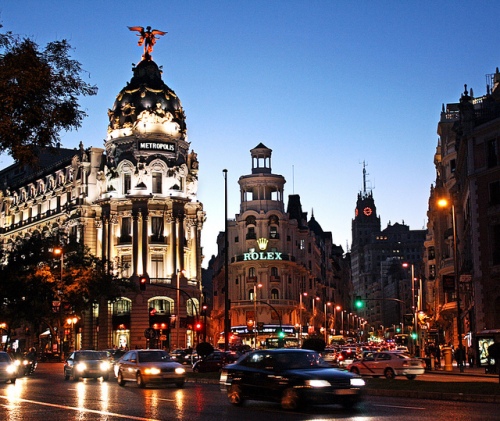 Madrid is big city and with a big city post comes culture, food, travel opportunities, and ease at getting around. These things often mean the embassy community is not very close, because everyone is off doing their own things, and understandably so.

In our previous post in Sana’a, Yemen, 99% of our social lives were conducted in the same decrepit hotel as our colleagues, which meant social activities were cozy, intimate, and sometimes really fun. There was the murder mystery night where I was a loud-mouthed Jersey Girl with foot-high hair. There was a wine tasting night in our hotel room where our friends all dressed up in classy attire and sipped corked wines. There was a port wine tasting for the younger officers hosted by our wonderful Deputy Chief of Mission. Once, teams were tasked with building floatation device out of random garbage and racing it in the pool. These things don’t happen in Madrid. Yes, there’s a big July 4th party and the Marine Ball, and several embassy-organized outings, but they lack the intimacy you’d get at a small post.

For Mr. Dame in Spain and me, this do-your-own-thing vibe is totally fine. However, for someone arriving to Madrid on their own, the lack of a tight-knit embassy group could be a disappointment.

Cocktail Culture is at Least A Decade Behind

While the wine is excellent, the vermouth refreshing, and the gin and tonics a godsend, the cocktails in Madrid leave much to be desired. I know this sounds exceptionally picky and just a little elitist, but I do love a creative cocktail. Spain is so focused on gin and tonics that it seems to have lost sight that there’s a whole world of delicious cocktails to be made that have more than two ingredients. Standard cocktail menus include gems from the 1990s and early 2000s such as Sex on the Beach, cosmopolitans, mojitos, and daiquiris. Applebees has a more interesting drink menu than most bars in Madrid. We’ve remedied this lack by building an impressive home bar.

There is a disconnect between the bounty of produce in the markets and grocery stores here and what appears on most menus in Madrid. Vegetables on menus in Madrid include white asparagus (a tasteless, unphotosynthesized vegetable that has confounded me since my arrival); potatoes; fried artichokes; two different types of salad; little flash-fried green peppers; fried eggplant. Where are all those beautiful leeks,  colored cauliflowers, perfectly ripe avocados, abundance of mushrooms that are in the markets? As a vegetarian in Spain, I find myself eating the same thing over and over at restaurants. The strictly vegetarian restaurants I’ve been to in Madrid tend to have a 1970s vibe and are heavy on the chewy fake meats. For my money: The most delicious and creative vegetarian meals in Spain come from my own kitchen. (Which is one of the reasons I started cooking for strangers).

I’ve blogged about the lack of customer service here in Madrid before (and how I have conflicting feelings on this). As an American, I was raised with the notion that if you run a business, you should want said business to make the most money possible, which means not closing in the middle of the day and paying some attention to your customer.

Mr. Dame and I have also been surprised at the lack of marketing of certain jewels in Spain (yes, could I be more American?) For instance, there’s a region in the south called Jaen that makes almost all of the olive oil produced in Spain. It’s all olive trees and rolling hills and it’s beautiful. We drove through Jaen on our way back from a trip to Granada and we were looking to buy some olive oil and to eat a good lunch. We drove for miles and miles and never saw a place to buy olive oil. Why the total lack of commercialization? I’m not suggesting an olive oil theme park (although I’m not opposed to the idea), but a few stands selling their liquid gold would have been nice, or how about a guided tour of an olive oil production facility, or tasting room where you can sample different olive oils, a restaurant that serves meals on a long wooden table under an olive grove…

This is an admittedly weak list because my honeymoon phase with Spain never quite ended. Even with its flaws, Madrid is wonderful post and I’d highly recommend it.