I’ve had a black coffee table for years. I’ve had cats for years. I’ve learned that these two things are a bad combo. The surface of that coffee table seemed to collect more cat hair than the vacuum. And that’s saying something, because the amount of hair that I pull out of the vacuum on a weekly basis is roughly equivalent to a normal sized cat.

It had to go, and go it went in lieu of a clever Ikea hack coffee table featured on The Hunted Interior.

I went to Ikea and bought this Vittsjo black and glass nested coffee table for 60 euros. It looks like something that would be in the lobby of your neighborhood mortgage and loan where it would be covered in pamphlets and hard candy that no one ever eats. 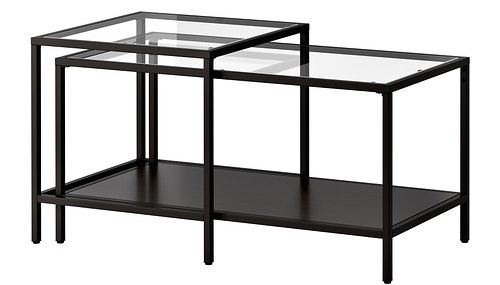 For the transformation, I also picked up some gold paint and a roll of white marble contact paper from Leroy Merlin (Europe and China’s answer to Home Depot). I covered the black bottom part of the table with the contact paper, and painted the black metal of the table gold (spray paint would have been much easier). It took some time. But this process goes by much faster if you watch a bunch of episodes of Gilmore Girls on Netflix.

A few coats of paint later and the table looked pretty rad, especially on the bold patterned rug I also bought at Ikea (because I can’t walk out of Ikea spending less than 300 euros, so maybe this coffee table wasn’t such a savings after all…) So, a few hours of work, and less than 100 euros total, I now have a chic coffee table that has much less visual weight than the heavy black one. The best part: Cat hair is practically invisible on it. 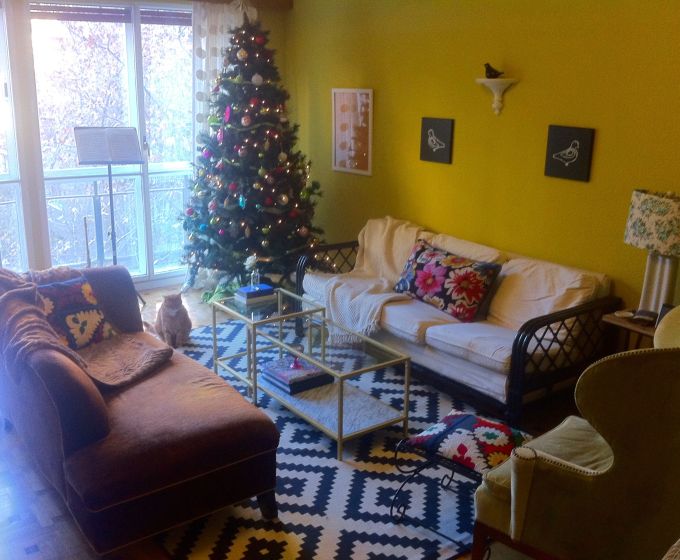 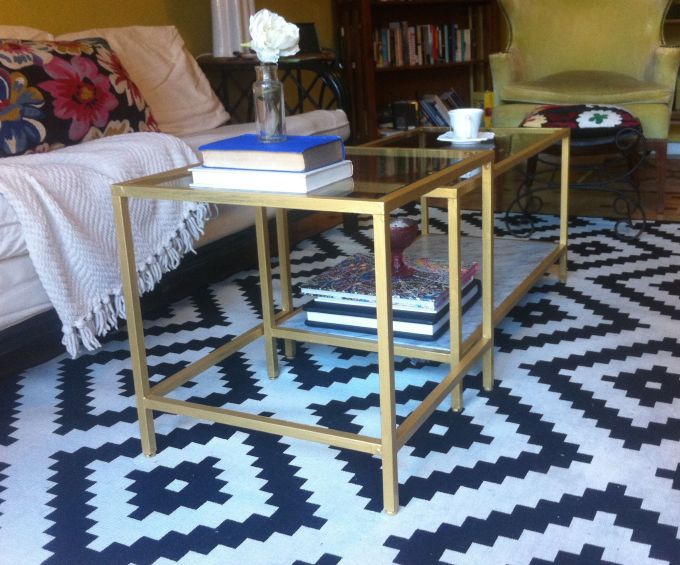 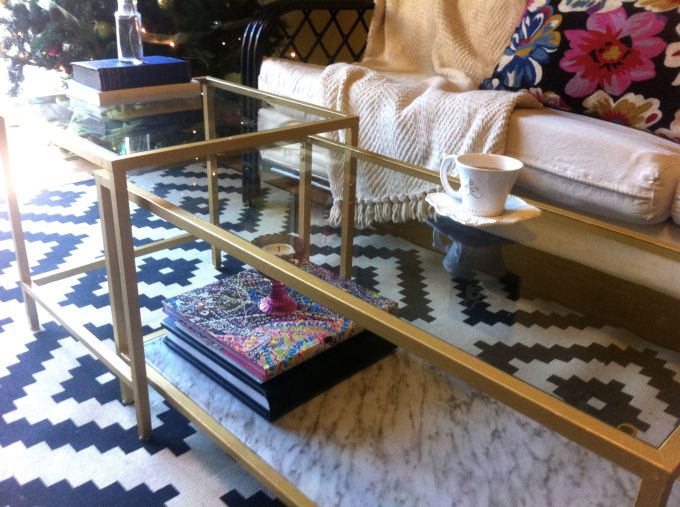 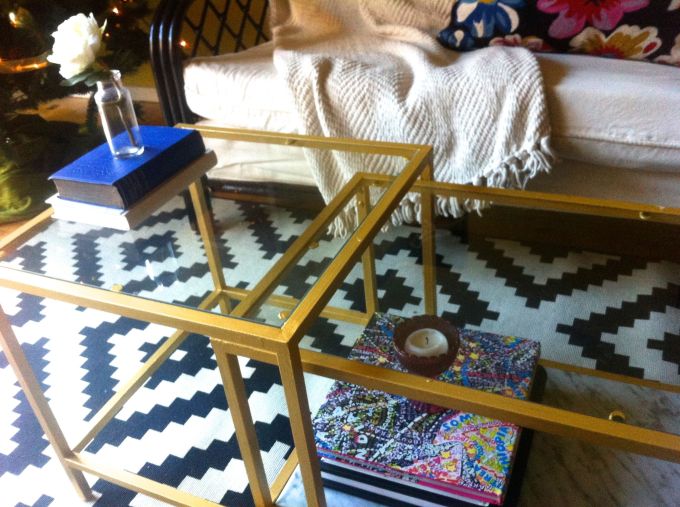